Frankfurt is a combination of well preserved historical structures and ultra modern skyscrapers. The city is known for its huge population of bankers. Frankfurt is home to more than three hundred banks. It is the center of finance for not only the country, but also the EU. This is the fifth largest city in Germany.

Although known as a center for business, Frankfurt is not without a select range of tourist attractions. There are a great number of attractions, starting from the marvelous architecture here, the museums, the churches. There are a huge number of sights, and you can take in everything best by traveling by train. Buy a Eurail Pass.

Frankfurt was appointed as a religious center by Emperor Charlemagne in 794 AD. The commercial status of the town came into focus during the trade fairs in the city, starting from 1478. Frankfurt slowly became the capital of trade in Germany. In 2000, the city became home to the European Central Bank. 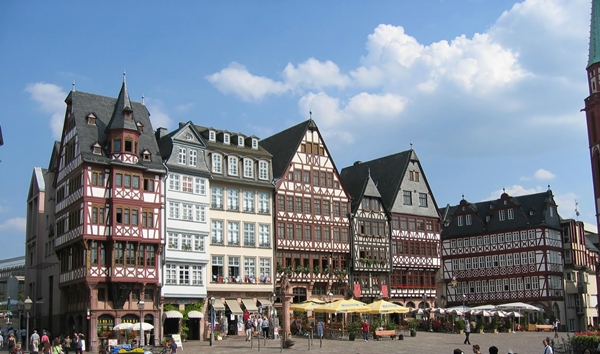 Frankfurt is known for its modern skyline, one of the most modern in the whole of Europe. If you want some good photo opportunities, the Maine River area is a great place to stay. The Romerberg area is the main attraction here, with an array of historical monuments and buildings. There are a number of Baroque and Gothic style cathedrals and museums as well.