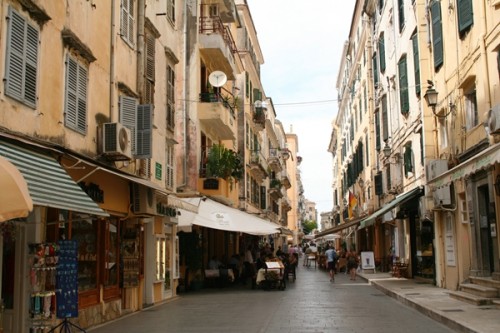 Arguably one of the most beautiful Greek Islands, the ‘Emerald Island’ of Corfu is especially popular when its many festivals are in full swing. Although summer is the peak time for festivals in Corfu, there are numerous local celebrations, name days, and religious events that bring colour and charm to a Corfu holiday. If you are planning a holiday in Corfu look out for the following events;

Religious themes for Easter
On Palm Sunday, a street procession follows the line of the old Corfu town walls, from where Saint Spiridon drove off the plague in 1630. But this is just a precursor to Easter week which is one huge religious festival. The week is a coming together of religious faiths, both Orthodox and Catholic, secular traditions, choral church music, and street processions in delightful spring weather. On Good Friday, churches bring out their funeral biers and parade them around the districts accompanied by orchestras. A biblical earthquake is celebrated the next day, including the dramatic custom where the local people throw pots out of their windows. More music follows and the fervent air of devotion combines with celebration, culminating in an impressive fireworks display. After Easter Sunday services, church icons are paraded around the towns’ streets followed by traditional Easter feasting. 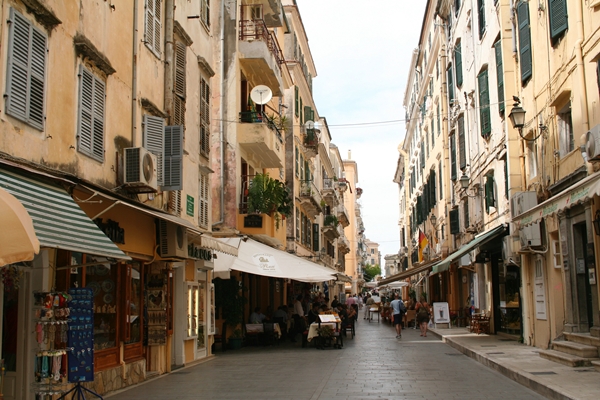 Concerts and a Mid Summer Cultural Festival
At the Ionian Concerts, in late June and July, musicians from Greece and the United States come together for high-quality musical performances held in culturally significant settings. Then, August brings a variety of traditional cultural events to the streets of Corfu’s towns and villages. On 10 August, The Varkarola comes to the Garitsa Bay in Corfu Town, when choirs perform traditional Corfiot cantades in moored boats. The next day is The Feast of Agios Spyridon, when colourful processions commemorate Saint Spyridon, patron saint of the island.

In the villages of Kato Garouna and Ano Gerakiana, on the first weekend after 15 August, The Festival of Garouna and Ano Gerakiana takes place. The festival is organised by associations of people who have left these villages for Athens and other destinations. The obvious emotions of those who return to the land of their birth makes for high revelry and thoughtful reflection, both worth experiencing, even by an outsider.

The Cricket Festival – A Reminder of Corfu’s English Past
Believe it or not, the inhabitants of Corfu have been playing cricket since 1835 and there are currently four cricket teams on the island. During September, Corfu Town’s Esplianada Square hosts a cricket festival where the Corfiot cricketers compete with teams from Malta and Great Britain.

These and other festivals are seasonal, but be aware that their dates change due to many factors, so if you are planning a trip to coincide with a particular festival, confirm the dates at the time you make your travel and accommodation bookings.